It was an honor to contribute to the Global Forum combined with the Water and Humanity Conference in Muscat!

So much more to explore on the Yemeni mainland...

Currently the tropical storm 06A (also known as Pawan) is slowly passing Socotra as shown below captured by the NASA-NOAA's Suomi NPP satellite: 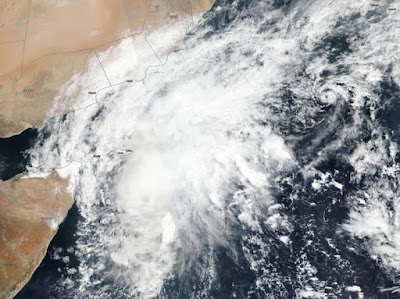 The heavy rains are causing new floods again all over the island and roads are blocked by land slides. Following pictures are forwarded by Dr. Julian Jansen van Rensburg, currently on expedition on the island. 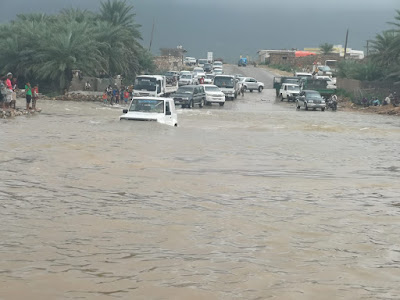 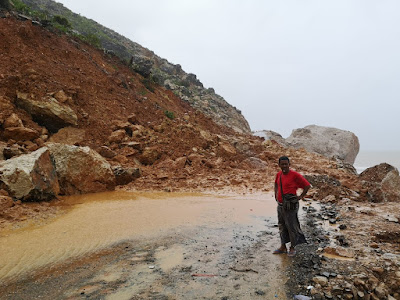 This vital water resources is currently just flowing into the sea... A proper meteorological network should be installed and maintained to really quantify the effects of these recently increasing cyclones hitting the island(s).

Revealing the Population History of Soqotra with Ancient DNA

Congrats to Dr. Julian Jansen van Rensburg, after a lot of work and effort he currently managed to reach the next level:

Revealing the Population History of Soqotra with Ancient  DNA!

More will come later, great news I wanted to share...

Socotra is changing fast these days...

Therefore this year, the title of the next International Conference is "Socotra's pursuit of stability through heritage, conservation and sustainability".

All further details to be found on this brand new website: http://www.socotrainsicilia.it/

The 17th Annual General Meeting of the Friends of Soqotra and Symposium was held on 25 - 28 October, organised and hosted by the ARC-WH in Bahrain. Thanks to the organisers!

It was wonderful to see so many FoS again, this time with a lot of Soqotri attending and for the first time overseas in Bahrain.

The abstract book can be downloaded here, while the minutes of the AGM are available here.

Next year will be on an island more nearby, Sicily (Italy).

For those who are not yet acquainted with this story, do check it out!

Thanks to the efforts of Vladimir Agafonov, translated tales got published in Russian in 1995, 1996 and 1997 in editions for children. 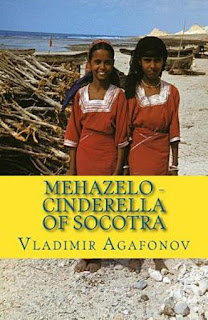 What many people not know, as Vladimir told me himself, is that it first published in a monthly illustrated newspaper in Moscow, and its illustrations editor choose Victor Duvidov's illustrations. Later Victor became very famous for his illustrations for the Russian translations of Rudyard Kipling's tales from the Jungle Book.

So, in fact Victor Duvidov was the first illustrator in the world to have illustrated Socotran folk tales!

Thanks for sharing Vladimir.


You can find it almost everywhere on the internet, the most known way.